I've been trying to get up to speed with Blender lately. I'm hoping to use it as my main tool for any 3d work for my games. It's always been a pretty capable tool, especially for game stuff. The UV'ing and texture paint tools are better than a lot of commercial packages, and with the work they've put into redesigning the interface it's really starting to become an appealing option.

That said, there's still a few rough edges and weak spots (cough.. booleans... cough), and even though the learning curve has flattened out a lot since the last time I tried it (around 2.4), it's still pretty steep.

Anyways, the other day Nick at "Greyscale Gorilla" put together about a nice video tutorial on how to implement a slick-looking logo effect in Cinema 4D (originally designed by BEELD ). I thought this would be a good exercise to try and recreate it in Blender to learn more about lighting in blender.

By far the coolest thing about Blender I've discovered so far is the built-in compositing system. I've barely scratched the surface, but being able to do some of the comp stuff without having to go out into another program is great, and the integration with it's render layers is excellent. I can only imagine that as it matures the 3D integration is going to be unparalleled. All the post-processing effects that he did in photoshop I was able to do without leaving blender. Nice.

Overall I pretty much just followed the steps that Nick describes in his tutorial. It's worth watching even if you're not a C4D user, he covers a lot of useful lighting fundamentals in addition to the steps to create the image.

There were some hiccups. Here's what was different about doing this in blender than what Nick presents in his video: 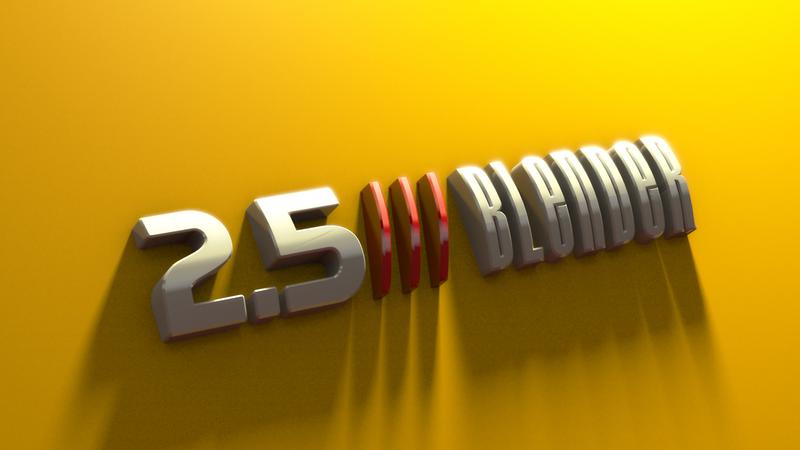 If you want to try playing with scene yourself, here's the .blend scene. This is from a v2.54-ish build so be sure you have a recent blender.

I'm also using blender for some title screen artwork for my current game, "Planet Minesweeper". Hopefully I'll have an update about that soon. It's coming along really nicely.